Here’s another fantastic graphic at Visualizing Economics, this one on the top marginal tax rates in the U.S. over the last century, coming to you in advance of tax day that, this year, falls on Monday, April 18th rather than Friday, April 15th due to a little known Washington D.C. holiday called Emancipation Day that celebrates the freeing of slaves in the area. 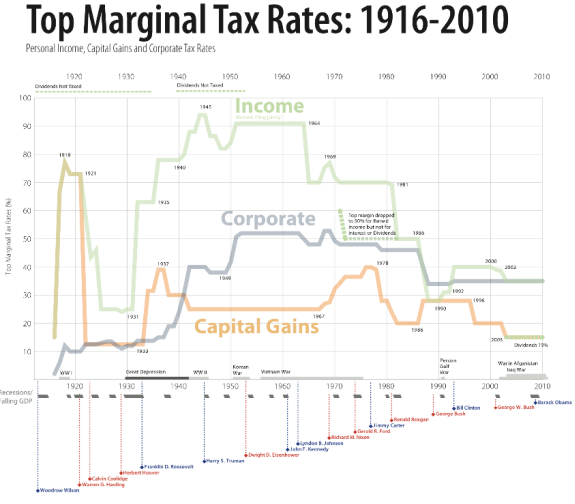 Now here’s something I didn’t know about how the tax code used to work:

In the 1930s, there were more than 50 [brackets]. The Wealth Tax Act of 1935, applied the top rate to income over $5 million and had only a single taxpayer: John D. Rockefeller, Jr.